“The year was 1992. My London University buddy Steve Smith and I wanted to do an expedition, something large scale but not just a gimmick. We also wanted to do it in a way that wouldn’t negatively impact the environment with fossil fuel emissions, or involve the mistreatment of animals crossing scorching deserts or freezing icecaps. The world had already been circumnavigated by sail, airplanes, motorboats, even hot air balloons. People had walked and ridden bicycles across the continents. A handful had rowed oceans. Yet no one had strung them together to make a continuous journey around the planet. Expedition 360, as we named the project, was born.”

Jason Lewis is an adventurer in the truest sense of the word, emanating in his stature the courage to live in the moment, to wishfully walk into the different shades of unknowable realties Herman Melville called the “Fates.”  Lewis’ Expedition 360 took him through some of the world’s most treacherous terrains, including the desert in Sudan and the mountains of the Himalayas; however, when asked about the most extreme environment he encountered on his expedition, Lewis points to the ocean.

He elaborates, “It’s nothing like the heat of the Sahara (140 degrees one day), or the cold and the topography and the lack of oxygen in the Himalayas, but it is the most otherworldly.

A thousand miles from land, you might as well be on a different planet. Some people, like my expedition partner Steve, didn’t care for it. I, on the other hand, loved it. It’s the most extreme wilderness I’ve ever encountered, where all of bullshit you’ve accumulated in society falls away. It’s like peeling away the layers of an onion. Underneath the gnarled outer leaves there is a softer, purer core.

This is where, if you are prepared to go through the mental dismantling process, truth resides. You realize that the version of self formed by a sense of separateness (ego) and cultural conditioning is really an illusion. Buried in there is another self, more universal, not aligned to any tribal lines, be they British, American, Christian, Muslim, Republican, Democrat, or whatever.”

Ishmael, in Moby Dick, says he never goes to sea as a passenger, “When I go to sea, I go as a simple sailor.”

Few people can grasp the concept of being an isolated sailor at sea, and even fewer can speak on the issue from experience.  But having endured this experience, Lewis conveys, “On the physical level, life at sea in a small, cramped boat is nothing less than hellish.”

He further articulates “You never get enough sleep. You are constantly worried about being run over by a larger ship. There is the danger of storms, or rogue waves flipping the boat. After a month of not washing properly, painful saltwater sores break out over your body (it takes an hour of pumping to produce a gallon of freshwater, so there is never enough for a full body wash, only a towel wipe). Also, because you are only pedaling, never walking, the body reshapes itself. After a while you end up with Arnold Schwarzenegger thighs, arms like sparrow’s legs, and atrophied spine muscles, making it difficult to stand for long once you reach land.

When everything looks the same for days, weeks, months on end, how do keep your spirits up? Rather than aiming for the far shore, I found it more effective to break the voyage up into psychological carrots. After three hours pedaling at night, I’d reward myself with a cup of tea and a Mars Bar. Reaching each five-degree line of longitude on the chart, I could look forward to a pull from the bottle of Glenlivet single malt whiskey.”

But Jason Lewis is more than an explorer and adventurer; he is also a passionate voice for an integrative future.  During his expedition, Lewis worked to deliver cultural exchange programs to students in the 37 countries he visited.

Lewis explains “These programs, created with help from Colorado teachers in particular, included a video, photo, and pen-pal exchange. For example, kids in 4th through 6th grade used loaned video cameras to make ten-minute films of their lives—friends, family, school, hobbies—to share with their contemporaries around the planet. Once translated, the films allowed children to step into a world different to their own, but one in which they could also recognize and appreciate similarities.

This in turn led to the Ecological Footprints curriculum we created to address man-induced climate change.  The program objective was to raise children’s awareness of their impact as consumers on the people and environments producing their Stuff.”

What sometimes starts as an ambiguous adventure eventually reveals itself as a destined journey; and we saunter with principle.  Lewis explains that for him “There is no issue more important in the world today than finding a way for the human species to live within its means.

If I can continue to communicate my experiences of how to live on a tiny boat thousands of miles from land, and what lessons can be drawn to illustrate the similarities of life on Earth—Earth being a closed system in space much like a boat is on the ocean—then I feel I will still be doing something useful with my time here.”

Jason Lewis talks about his adventure, his auto accident in Pueblo and why he settled in on living in Pueblo. 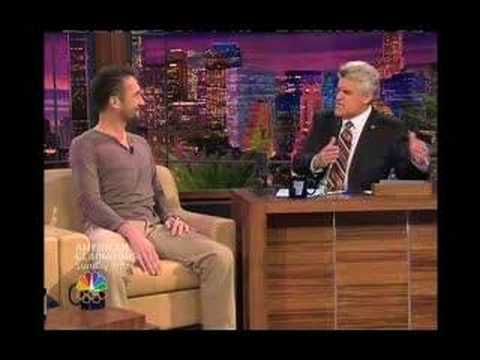